The ultimate throwback that never went out of style. Mid-century modern has been taking the interior design world by storm for decades and will continue for even more years to come. New homeowners searching for a way to decorate their homes cannot go wrong with mid-century modern as it is both affordable and chic. Influences dating as far back as World War II still have a major impact on interior designers today. In a way, mid-century modern never did cease as a trend in homes across America.

What is Mid-Century Modern?

Mid-century modern took homes by storm right after World War II concluded, which was around the mid 1940s to late 1960s. At the time, soldiers were coming home and many new families were looking for affordable homes. This is when Suburbanization occurred and Americans began moving from the busy life of the city to quiet neighborhoods in the suburbs. Of course, these families wanted to make their new homes reflect their new life but at an affordable price.

The color palette itself consists mainly of primary colors put into a mixture of designs and patterns. Designers would go as far as taking primary colors and giving it new shades to add contrast. Plexiglass and fiberglass were in high demand, as well, since it was both cheap material that could last. This allowed modern designers like Barclay Butera, to work flexibly with a wide range of colors. 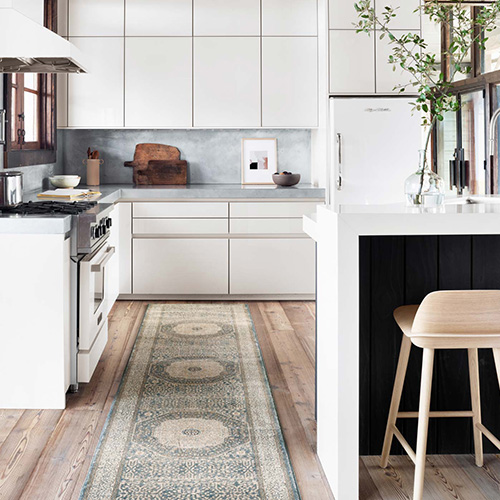 Post-World War II times were full of inspiration and peace. Mid-century modern captures what a transition of eras looks like. Architects and designers from the past continue to have an immense impact, like Alexander Girad’s geometric interests seen in many area rugs today. With influences from George Nelson’s attraction to European architecture and Eileen Gray’s Japanese lacquer work, mid-century modern designs have the ability to maintain its beauty through ever changing times.

A major influence in the mid-century modern game was George Nelson. Many interior designers will say he is the Father of Mid-Century Modern design and started the trend completely. During his time, he created the idea of a ‘Storagewall’. This took a wall, carved out a foot from the inside, and used it as shelves. He made walls multifunctional and still very stylish. Everything Nelson thought of was meant to be outside-of-the-box ideas. Designs and patterns no one would have thought of adding into furniture.

In the early 1930s, George Nelson studied architecture in Rome. When he was there he became familiar with major pieces that would pave the way towards modernism. His ideas began to revolve around radical but antihuman values. Funny enough, however, he never wanted to be an interior designer. It was something that just seemed to happen to him in his lifetime, yet he was not very interested in such a pathway. Despite all this, his influence with mid-century modern designers remains strongly present.

Alexander Girard worked with George Nelson by bringing textile designs to the table. In 1952, Girard became Director of Designer for Herman Miller’s textile division. This was five years after Nelson became Director of Designer for the same company in 1947. Together they collaborated to create the new era of interior design for families across the nation.

A major woman influencer during her time. Eileen Gray dominated a male-dominant career and still made her mark. As an Irish architect, she was influenced by Japanese lacquer work. Eileen Gray combined her knowledge of working with lacquer and geometric shapes to create elegant pieces of modern furniture. Although history may have forgotten her, the pieces she created still have a huge impact on designers today.

Gray took traditional crafts and put a radical spin to them. Utilizing principles like Fauvism, Cubism, and De Stijl, she created functional and fashionable pieces. Gray created the adjustable table that was multifunctional and one of the few pieces that helped get her name in the interior game. She was one of the first notable designers to work with chrome and tubular steel, which began to be in high demand in the 1940s to the 1960s. Her sophisticated and bold pieces continue to influence designers today, and give another face of what mid-century modern could look like.

How to Decorate for Mid-Century Modern

The beauty of mid-century modern is that anyone can decorate for this style. Not only is it très chic but also très affordable. Designers today are inspired by the colors and hues that made the 60s so retro. By popular demand, it was easy to place this style in any home since all the furniture, from area rugs to couches, was almost completely mass produced. Materials like plexiglass and fiberglass were durable making it perfect for young families to add that sense of modern style. Metals and wood are other materials that combine traditional influences with a new touch. When it came down to the area rugs, shag material grew popularity with modern interior designers. 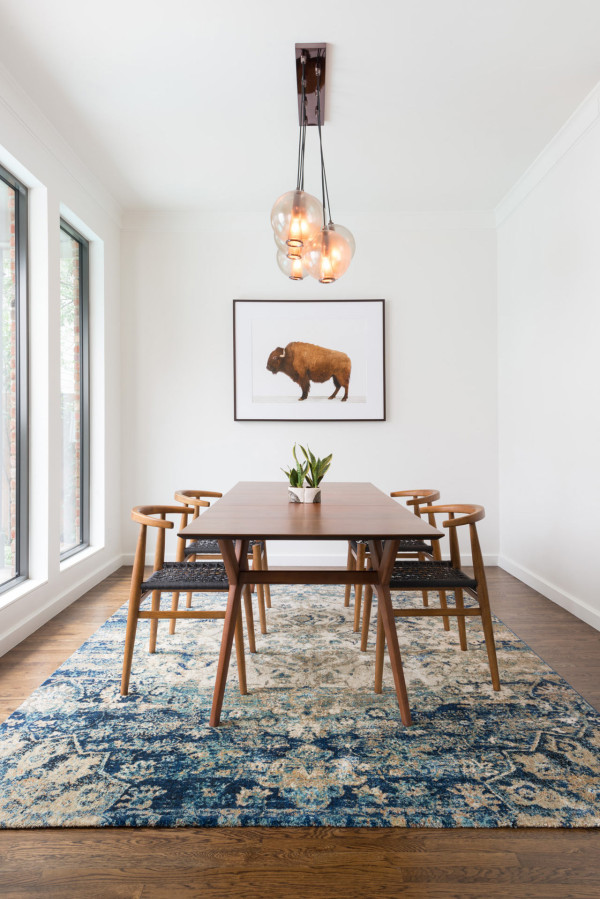 The Mindset of Mid-Century Modern

During the start-up of mid-century modern, many families were looking for furniture that was not only attractive but also functional. Multi-functional furniture was very popular during the mid 1940s. Couches would be used as more than a seating area but also as a storage. Lighting becomes more than just light, it becomes a statement maker. Textured walls with sleek furniture make a room more than just a place to gather. Mid-century modern is a kind of interior design that can give everyone a unique footprint.

Why You Should Use Mid-Century Modern Design

Affordable but fashionable. Mid-century modern gives any and everyone a chance to decorate their homes in a trendy way. This kind of design is perfect for smaller spaces, as it is a way to practice minimalism indirectly. Since it never really went out of style in the first place, finding furniture and area rugs will not be very hard. Furniture and area rugs for mid-century modern styles is readily available not only in most department stores but online, as well. One of the most brilliant aspects of the mid-century modern is that everything used has excellent quality despite its beauty. This means all furnishings can be used for years and still remain fashionable. Mid-century modern is a timeless design that combines modern times with vintage hearts.

Find the perfect area rug to compliment your mid-century modern needs today with Rug Fashion Store! It could be the missing piece to the puzzle you needed all along. So check out our beautiful selection of mid-century modern area rugs today!

Get 10% off your first purchase! Check your email for your coupon code.
Join our mailing list and we'll give you the inside track on new arrivals and discounts. Decorating your home will be even more fun!